All eyes were on the cryptosphere regarding the “merge”, which rolled out in the early hours of Thursday, 14 September 2022. The systemwide upgrade to the ethereum blockchain marks one of crypto’s most historic events to date.

What is the merge?

The merge is Ethereum’s attempt to shift to a more energy-efficient system, which has long been a major problem for the crypto industry. It will see Ethereum shift from the current proof-of-work mining model—which requires ample decentralized power to process transactions—to a proof-of-stake system expected to slash energy consumption by more than 99%.

The merge will take place when the network reaches a total terminal difficulty of 58750000000000000000000, after which the next block produced will be done so through a proof-of-stake mechanism. It will see the Ethereum Proof of Work blockchain merge with its new consensus layer called the Beacon Chain.

This process is expected to complete in about 12 minutes. During that time, major crypto exchanges will pause deposits and withdrawals for Ethereum and Ethereum-based tokens. Developers say there’s nothing to worry about—they’re confident the merge will have no impact on asset security or app functionality. If all goes well, users should not notice any change.

Ethereum is the second-largest cryptocurrency by market cap, upon which more than 50% of decentralized finance applications are built. However, the network is unable to scale owing to its Proof of Work mechanism for validating transactions.

By moving to a Proof of Stake model, Ethereum will have the ability to increase its scalability for faster transactions and lower fees. This means that Ethereum will now be faster, more secure, and more scalable (meaning new features, apps, and upgrades).

Proof of Stake vastly reduces the number of computers needed to maintain the blockchain by replacing crypto miners with network validators. This requires validators on the network to put up their Ether tokens, or “stake” them, essentially pulling them out of circulation for an extended period of time, in order to secure the network.

Not only does Proof of Stake reduce the number of computers needed, it also reduces the computing power needed. It instead requires users to leverage their existing cache of Ether as a means to verify transactions and secure the network. Ethereum Foundation estimates that the merge will result in a reduction of at least 99.95% in total energy use.

What Ethereum merge means for NFTs

If everything went according to plan, which we think it has, Ethereum NFTs should function just fine on Ethereum’s newly upgraded mainnet. They’ll still be held within your wallet and work as usual on marketplaces.

However, there’s likely to be an emergence of duplicate NFTs due to the ETHPOW chain and other potential forks. So expect some level of confusion around which assets are “official” or “legitimate.” Even so, there could be a feeding frenzy for these copies as NFT owners attempt to flip the proof-of-work versions of their valuable tokens.

But beyond that, project creators and marketplaces are also signaling that they’ll only treat Ethereum’s merged mainnet as legitimate copies. For example, OpenSea, which owns a commanding share of the Ethereum NFT marketplace, said it will only support the proof-of-stake chain.

Yuga Labs, creators of the Bored Ape Yacht Club, also said that it will start to offer benefits only to people who own their NFTs on the merged Ethereum proof-of-stake chain.

The bottom line: Any momentum around duplicate NFTs on forked chains will be short-lived, and the merged proof-of-stake chain will soon become the “official” home of Ethereum NFTs. 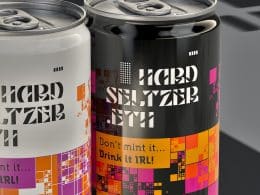 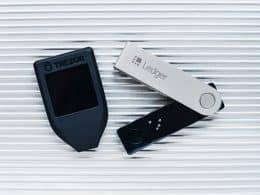 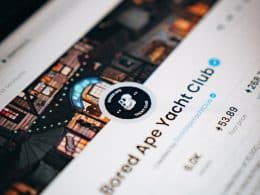 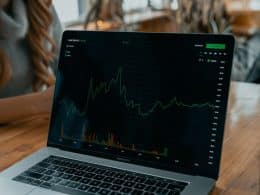