An artist’s take on Black male identity via a powerful piece of art.

“Late Blooming Nigrescence” is an audio/visual animation that illustrates my interpretation of life as a Black man. It is an active reflection of how societal influence and discrimination often serve to antagonize the presentation and reception of black artwork in an international crypto-art market. Black artwork, and by extension Black voices, are actively undervalued on the blockchain. This is my attempt to reclaim a true depiction of a formative moment as a Black artist in the United States. I intend to explain the context of my artwork through the research which inspired it, then I will reflect on personal takeaways, and explain contextualized crypto-art applications of the artwork’s themes.

Nigrescence is a model of Black racial identity term originally defined by William Cross in 1971 and updated recently in the 21st century (Cross & Vandiver, 2001). Originally used to describe the profile of African Americans in relation to white culture, it has been updated to describe the development of one’s own identity as a Black person. Nigrescence has several identifiable stages, as illustrated by Cross & Vandiver. The research summarized below is important because it allowed me to better understand my own identity and cultural significance.

Another term to understand:

Invisibility Syndrome: A feeling of “psychological invisibility” that occurs from repeated experiences of racial discrimination. Accumulated instances of discrimination begin to alter assumptions about instances in which one does not find acceptance in cross-racial interactions, raising the suspicion that these social contacts are a disingenuous act of “tolerance” rather than genuine acceptance. (Franklin & Franklin pg. 34)

According to Bridges, this revised version alludes to the fact that while acknowledging one’s Blackness is important, it is also important to recognize the biculturalism that African Americans must ascribe to in order to succeed in America.

I created this artwork because the medium of crypto-art affords me the creative agency to express my stance on the world during a time of social & political turmoil. Some of my majority White audience will ask “What turmoil?” and this reflection is written for them. I also acknowledge that Black pain is consumed and monetized in ways that remove agency from the Black voice itself. Hopefully, this text will ensure my message and intentions are not misconstrued. Thank you for having the interest to pursue this inquiry with me.

First, I will briefly describe the nuanced context of what it means to be Black in the United States currently. After which, I will attempt to make space for this artwork within the context of crypto art – an international art community that is still mostly white.

As a black man, I experience racism. This fact is embedded into my everyday life and has caused me to develop coping strategies to operate in reality. These strategies emerge from my experience with my own Nigrescence that began at the moment I received “the talk” about how to deal with the police as a Black person. Fast forward to now, I continue to grapple with Nigrescence as I write this reflection.

As I evolve through my exploration of racial identity, I remember moments in my “youth” that have impacted me. The highlight of these formative moments is the memories that I’ve had during my most naive years as a young festival jock. I continue to travel through the latent stages of Nigrescence to heal from my traumas. With discrimination, the ever-present threat that none of my white peers can understand consistently haunts me. I am sharing with you a piece of myself that I have kept closely guarded in fear of more judgment. It is a scene so commonplace that some may think that this work is just another piece of anti-police propaganda. You aren’t necessarily wrong about that. But the point I would like to make is that Black Art and Black voices should be valued.

I have begun to identify how racism affects me through the lens of my previous psychedelic trips. This piece is a re-creation of what it is like for me to experience anxiety about my race in a psychedelic state. If psychedelics supposedly reveal the innermost workings of one’s mind then my greatest anxieties during my trips are all in some way related to persecution by the police. A heavy pit in my stomach that appears when sirens blare or when the “patriotic” lights flash by. I’ve spent years looking over my shoulder in my very own hometown, worried about what will happen if I drive down the wrong road at the wrong time.

I have tried so hard for the past year to create beautiful animations that bring the viewer a respite from the chaotic nature of reality. But now, after entering the latent stages of my Nigrescence, I feel compelled to invite the viewer to experience my own personal hell.

Late Blooming Nigrescence within the context of CryptoArt

So far we have discussed my background as a Black artist who makes NFTs, the demographic of my audience, the origins of the word “Nigrescence”, and the visual language that is used to illustrate my story. What’s left is to examine the artwork within the context of crypto art.

I recognize the ability of NFT’s to provide financial agency for artists all over the world. I hope that my successes can continue to inspire other individuals to express themselves with the help of technology. I am also grateful to have found a niche where my voice has a better chance of being heard. However, this does not discount the fact that I still am a Black person. With this artwork, I would like to normalize the telling of Black stories via Black artwork. It is essential to reject the idea that palatable narratives are the only “marketable” aspect of black art. It is also crucial in this moment to place my testimony on an immutable record.

Although I haven’t encountered any SWAT teams on the blockchain, I still feel the same discrimination online in the form of gatekeeping and devaluation of Black artwork that occurs in these online spaces. Luckily, Bridges introduces a concept called invisibility syndrome. This is a term discussed by Eric Bridges in his thesis. (Bridges). Invisibility Syndrome explains how encountering repeated racial slights can create “psychological invisibility” in black people.

I would like to illustrate the symptoms of an Invisibility Syndrome that stems from systemic oppression. Symptoms include feelings of being ignored, having your value questioned, or having your entire life invalidated. invisibility Syndrome spreads a toxic malaise on every interaction that happens in your life. How each ignored message, every ignored application, every ignored piece, every canceled bid goes from a casual random occurrence to an overtly personal attack. (Franklin & Franklin) Invisibility Syndrome in crypto art is looking out at the seemingly effortless success of your white peers and beginning to question and doubt yourself. Additionally, for Black artists in a White world, it feels that there are only ever so many spots for success. Despite all my accomplishments up to this point, in some spaces I still feel un-welcomed or invalid. The invalidation spurs both feelings of being overlooked and a toxic desire to work harder.

Although the past year of art creation has been filled with unimaginable pain, I have also grown more than I thought possible. Unlike my earlier mostly aesthetic work, my art now is wholly intentional. The collector of this work must acknowledge that they are making an intentional statement in support of the sustained participation of black people in this space. The collector understands that sharing pain is not something that is done lightly or without intention. For that reason, I will be donating 5% of the proceeds to the Democratic Socialists of America Fund, 5% to the Tallahassee Community Action Committee. After platform fees, and splitting payment with my audio collaborator, Varien.

PeenPoon is a digital artist and VJ. Find out more here.

Why Artists Should Pay Attention to Hic et Nunc 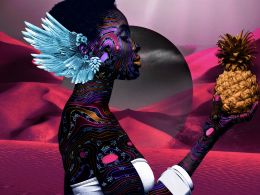 NFT_Cartel discusses his NFT collection journey. When did you discover crypto and NFT art?  I discovered crypto about…
byEditor 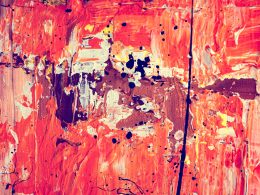 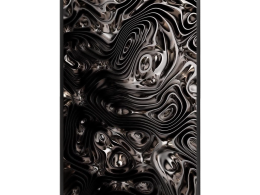 10 Ways to Show off Your NFT Art Collection

With the popularity of NFTs, artists are moving into the space at breakneck speed. But so are collectors…
byEditor 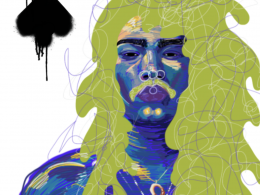 Cut The Ace: Dealing a new deck for Black artists and collectors.

This week’s feature is none other than Cut The Ace, an anonymous tech entrepreneur who is passionate about…
byEditor