Idris Veitch is a digital collage and mixed media artist from Kingston, Jamaica. His body of work addresses the question of black identity by fusing contrasting elements inspired by his travels to Japan and his African/Jamaican heritage.

Tell us about your journey to the NFT space!

I was actually sitting on the sidelines for quite some time before I jumped in. Admittedly, I felt a bit intimidated by the whole thing. It took a friend in Tokyo, and his friend in Sri Lanka who saw my work to finally get me up and running. We had a few meetings on Clubhouse where they explained EVERYTHING to me: Metamask, getting my wallet set up, gas fees, minting, Opensea, Twitter etc. It was a lot at first but I was a sponge. The Sri Lankan friend was even kind enough to hook me up with the startup ETH for Opensea. The launch of my genesis piece was a coordinated attack where we all posted it on our profiles. That got a lot of initial buzz and my first sales. I really haven’t looked back since.

That entire experience was really enlightening. Being shown that compassion and patience has made me want to pay it forward to others. I’ve basically been an open book to anyone that’s interested in the space and have also helped friends get off the ground with startup ETH for their first mints.

Have you always been creative?

Quite the contrary! I was very much into I.T. for most of high school and college. I dabbled in designing tee shirts post-college where I sold a few custom tees to friends and family. It wasn’t until 2007 after enrolling into an evening course in fashion design while back in Jamaica where I really started exploring my creative side. This time represented a significant shift for me. Up until then I worked as a computer techie performing repairs, building PCs from scratch, networking computers for offices etc and growing more and more unsatisfied with where I was going in life. The fashion program made me realize what direction I wanted to go in, and I haven’t looked back since.

Is digital new for you? Have you ever done collages by hand as well?

I started collaging digitally while researching for my graduate collection in 2015. I moved to Japan shortly after graduating from the evening course in 2009 with an intention to teach English, save a bit and then apply to study fashion full time, maybe in New York. While living in the countryside, I had a chance encounter with a friend of a friend who attended a fashion school in Tokyo. I applied and got accepted and moved to the city to attend that same school.

The digital collages came about as I seriously began to question my identity. I had already lived in Japan for six years by that time and spent a lot of time and energy learning the language and trying to fit in culturally. On the other end was the Nigerian side of me from my father, which I had very little familiarity with. For my research I started collaging ukiyo-e, a traditional form of art using woodblock prints and different African masks from the continent to try and make sense of it all. My fashion sketches were created using hand-cut collages throughout my time in school. Looking back on it, moving to digital was a natural progression as I could visualize my ideas more effectively and have more resources to work with.

Can you talk about the juxtaposition of cultures in your work? There’s definitely some Black and Japanese influences in there that’s reminiscent of Iona Rozeal Brown.

As I may have mentioned in the previous question I felt I had reached a crossroads at that time in my life. I was really trying to figure out who Idris Veitch was. I think I was looking for answers to the fact that I was born and raised in Jamaica, lived in the States for 5 years for college, also had been living in Japan for all that time and was Nigerian on my father’s side. There was always that feeling of being the “other” not being tied to or defined by one country. Living in all three places came with a different set of rules, customs and beliefs that you had to “code switch” to. That state of mind was my inspiration to answer those questions visually.

How do you infuse your work with your Jamaican culture?

I don’t really to be honest. That feeling of otherness came about whileI was growing here. I basically grew up listening to different music and having a completely different mindset compared to what I grew up around. That made me instinctively run away from everything considered “Jamaican”. It is only recently where I’ve come to terms with that. Being Jamaican doesn’t mean you have to be into dancehall or reggae culture because I’m not those things.

Talk about your fascination with Japanese culture

One of the things I’m really happy I’ve experienced in life so far is that I was able to experience a culture so different from the one I grew up in. Jamaican and Japanese cultures are polar opposites and it is the contrasts that naturally come through in my work.

What themes are you tackling in your work?

Identity, identity, identity. I internalized experiencing a lot of stereotypes and confined boxes during my stay in Japan. Especially with my new body of work; it was a knee jerk reaction against that. I wanted to see myself in a different narrative – not one that would directly define me and being black, but one that was basically fantasy. Working on each piece also provided the greatest escape mentally.

What are some of the source materials that you use in your work.

I borrow from everywhere. Whether at home or school, I always had a scanner nearby for books that I collected, old magazines and other media. Pinterest and Google are also gold mines for inspiration and source material.

“White Supremacy Is Terrorism” by Quinn94 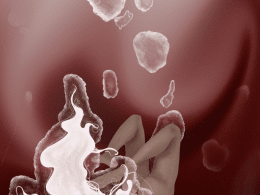 Lana Denina is building a legacy 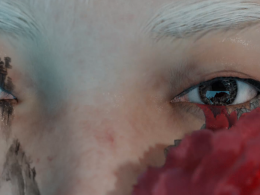 Shavonne Wong is Ready for Her Close-up 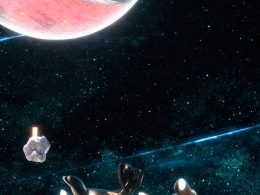 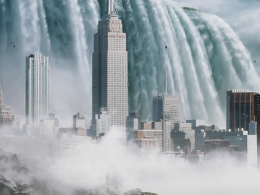 Elise Swopes: Reimagining the World One City at a Time

Elise Swopes: Reimagining the World One City at a Time How do you describe yourself? I’m a visual…
byEditor