JORDAN BAYNE, an award-winning, internationally exhibited filmmaker and actor, is no stranger to working with A-list talent. Her career began acting with Golden Globe winner Martin Sheen in A STRANGER IN THE KINGDOM. Her television career started with Showtime’s Poltergeist: The Legacy, and she has also been seen on the critically acclaimed Law & Order. Here, we discuss her latest work, a powerful motion picture which takes viewers on a harrowing emotional journey through the complexities of intimate partner valence, imploring us to open our eyes to the far often overlooked silent epidemic of domestic violence.

Jordan, how did you get into NFTs?

I’ve been in crypto for a while and I’ve known about NFTs since 2017 with the Crypto Kitties, but I didn’t pay much attention until February 2021 when I saw the potential for filmmakers and artists and I literally was all in.

You have a rich history in filmmaking. How do you think that film will make the leap into NFTs?

I’ve been working in independent film for a while. I started out in the studio system as an actor, but then moved quickly to independent film because they were offering more complex stories for women.

This is a very interesting, very complicated question and there’s no answer yet. I believe this is a multi-pronged path from what I have witnessed as founder of the NFT Filmmaker Squad back in March 2021, hosting trailblazing filmmakers who have each had a unique entry and path into minting their projects as NFTs. We are learning from one another, there is no one person single handedly making a difference, it is a community effort. Filmmakers are using tokens, photos, clips to crowd fund features, they are minting clips, scenes, music videos. However, for me I knew I needed it to be my voice, I wanted to show that we could create meaningful stories on the Blockchain. So I knew I had to create a full story, a story with a beginning, middle and end which adhered to the technical limitations filmmakers currently face with platforms.

Film is very native to how we consume NFTs. The very first films were projected onto a screen. Then they were piped into a television set. When the Internet arrived we began streaming onto our screens. So, for me this is a very organic move towards minting on the blockchain, creating distribution models that create revenue streams that go directly to the creator and taking it away from the content economy of YouTube, Vimeo and other Web2 platforms who made money off the backs of creators/filmmakers while the artists barely made a sustainable living.

Now it is not easy to create movie magic. It takes a team. So, that is a barrier of entry for some filmmakers who want to create cinematic images. You need a crew, and a crew needs to be paid a sustainable living. So, we have a lot of challenges as filmmakers that those of us pioneering this space are experiencing and working out. But, in the end, currently it is work that is a high ticket item because it is a high expense item to make. We need to find ways to mitigate that without compromising the financial opportunity for the creators or compromise the work. This has been the tightrope that independent filmmakers have walked for decades. It’s important because the whole ethos of Web3 is this idea that we as creators can have not only sustainable livings, but actually that we can thrive in an equitable environment and that means removing the gatekeepers and the parasites that are sucking money off the creators so the currency exchange comes directly to the creators.

Maybe in 2022 we will see a feature film minted on the blockchain, on a platform that is capable of giving the film the file size it needs to stream seamlessly, without needing to compress it so insanely as to compromise the integrity of the film. Maybe we will see some sort of distribution tokenization or something like that so that if someone like Samsung or another one of these major Web2 players wants to stream your minted film, they have to pay directly to the creator some sort of distribution fee to stream.  These are things that are being pioneered right now.

You also have worked hard to elevate women in the space. Why do women need elevating?

For me it’s obvious, whenever the world started and there was a man and a woman that’s when the woman began to be oppressed, and that has not stopped. So, I do think we need to elevate women into the positions that we deserve. We are 50% of the population. Can you imagine if we had 50% of the wealth in the world? It would be a very different world. If you break it down you realize that economic oppression is a huge part of the patriarcal, I would go as far as to say, the white supremist ideology. Economic power is power beyond the greenback, it is currency for so many things. Women are a marginalized community,  but then black women, BIPOC, queer, indigenous, disabled… even more so… Marginalized communities I believe need to be elevated and amplified. Web3 offers equitability and a potential redistribution of wealth and it’s my responsibility if I have more privilege than some to make sure that women and other underrepresented communities are getting the opportunity to share in the wealth. So, whatever I might be able to do in my small way I will do.

What was the impetus behind setting up that room?

*The  impetus for setting up Elevating Women in the NFT Space back in March 2021 was in response to the NFT rooms in Clubhouse that were absolutely dominated by white cis gendered heterosexual dude bros.  I felt that women’s voices were being trampled, not listened to, and in fact was mirroring too much of the existing social patriarchal system. Knowing the potential of NFTs and Web3 I was not willing to participate in that paradigm. I wanted a room where women could come in, they could share, they could learn to get on their feet and find their voices,  and speak as much as they needed and be heard, be seen. I’m super proud of the work that was done early on in that CH room and how we contributed in amplifying women and helping women find their voices so they could go into the other spaces and rooms with confidence on the stages.

RED FLAGs — How did this project come to you? Was the music first or the film first?

The opportunity for a project came to me through the wonderful Margaret Corvid, an artist, poet and writer in the NFT space. She had discovered this phenomenal singer/songwriter Aliah Sheffield and wanted to find someone that could create an audio/visual.  I took a listen to several of her songs and Red Flags is the one that resonated with me. I knew I had a story that I wanted to tell.

Talk to us about the story behind the piece

The script story…  when I heard the demo of Red Flags I connected with it really deeply, not because I had ever experienced intimate partner violence but because I knew what it was like to be in love with a person that couldn’t love me the way I needed to be loved and I also knew what it was like to be love bombed, which is a typical narcissist tactic that empaths like myself find in many types of relationships. I knew I didn’t want to romanticize this type of relationship either, so I decided to take that idea of ignoring the red flags and change the narrative. I did that in writing a proper script.

I knew I wanted to explore the moment, that heart wrenching knowing, the moment of courage to break the cycle. I know it’s complex and very confusing, especially if you’re in love with someone and you don’t understand why or how it could be happening. I think that moment of courage can be very fleeting, so to be able to act on that moment of courage especially in the face of the person that you love who is authentically in despair over their actions, it’s a very easy cycle to fall back into and to want the person who hurt you to heal you. There is a moment in the motion picture that reflects that dynamic, it is heartbreaking. You see their humanity thanks to the gorgeous, brave work of Isi LaBorde and Gabriel Furman.

While I believe that this subject matter needs to be seen, in an unflinching way, to be able to create dialogue around it, it was very important for me as it is in all my work, that there was some sort of transformation and hope. It was important to have our protagonist love herself more, to have the power to walk away, to break the cycle. 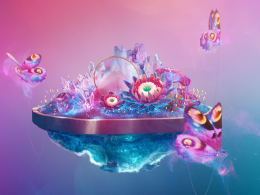 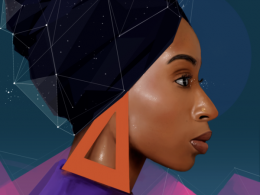 Lethabo Houma Lethabo Houma is a South African artist who you may remember from last week’s newsletter. I…
byEditor 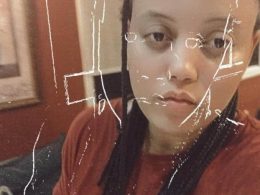 This one is worth the wait. This month’s artists feature is non other than IX Shells. Itzel Yard…
byEditor 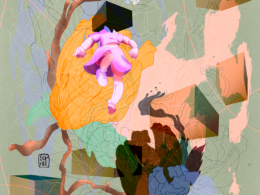 Sophie Sturdevant is living in the NOW

Sophie Sturdevant is a passionate creator and one of the loudest voices for equity and diversity in NFTs.…
byEditor