James Owen is an award-winning artist and designer with a unique visual style. James is one of the most exciting artists working in the space and has all of his released work to date collected. His work explores body language and non-verbal communication, asking the user to look beyond what is visible to what lies beneath.

You have quite a bit of experience working with big brands and products. What inspired the transition to NFT art?

I categorize my work into two buckets, commercial work, and personal work. The NFT space gave me another avenue to explore with my personal work which I found interesting.

Are you currently only with SuperRare? What made you choose this platform over the others?

It was the first platform I became aware of over a year ago and have just stuck with it. I’m grateful it turned out to be such a major player in the space but would put that down to a lot of the core principles SuperRare stands for such as 1:1’s and a high level of curation.

What are some of the themes you work with within your art?

Themes are interesting for me because I tend not to think of them. I tend to lean into whatever is pulling on me at the time but when I pull out after several pieces are done, all of a sudden there’s a theme that emerges. One theme I think is prevalent in my work is minimalism. I like to reduce things down to their most simple, cleanest aesthetic without any of the overhead.

Let’s talk about the Xavier series. This work is so powerful. All three characters have their eyes covered and feature beautiful, flowing fabric over them. What is the commentary there?

Human connection. I’m fascinated by body language and non-verbal communication and one of the biggest communicators are our eyes. By covering up Xavier’s eyes I’m asking the audience to think about how they connect. You’re drawn to the other details about the pieces, the texture of his jacket, the audio in the background, and his environment. So much more information becomes readily available when you’re forced to take a second to build your own narrative of Xavier when the “quick read” of him is gone.

“I’m fascinated by body language and non-verbal communication and one of the biggest communicators are our eyes. By covering up Xavier’s eyes I’m asking the audience to think about how they connect.”

The skin tone of the characters in the Xavier series evokes Kerry James Marshall’s work. He speaks of mixing the right shades to get that particular tone of “Black”. Can you talk about creating that color in a digital medium?

Huge fan of Kerry Jame Marshall’s work and was certainly inspired by his approach to mixing several shades to get varying tones of black. Knowing that there are not a lot of depictions of darker-skinned characters in the digital medium I was sensitive to how I approached his skin tone. I wanted Xavier to be as life-like as possible and wanted to stray away from a stereotypical ‘just use black’ color pallet for him. His skin is dark with subtle tones in the right places to help bring him to life.

For both the Flourishing series and the Xavier series, music seems to play an integral part. How do you decide what piece of music works best with your art?

Josh Gallagher aka @Gallahertz is a long-time friend of mine from London who I collaborated with on the audio for these pieces. He and I seem to have a very similar appreciation for art and music and so it’s been a real pleasure working with him and couldn’t recommend him more.

Audio plays such a vital part in these pieces because I wanted it too transcends you to the environment in which the pieces live. For example in Soho, Xavier Josh and I discussed being in a photography studio set-up at the back of a boutique bar in London because it was a space we were so familiar with. The cultural impact of such a creatively vibrant city like that really helped shape my work.

"The Queen of Hearts" by Aparna Thankaraj 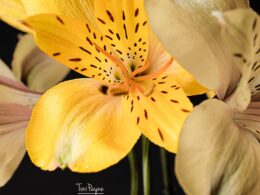 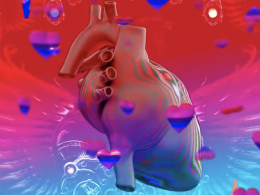 I met Johnny Utah way back when Clubhouse was still a thing (LOL). We were speaking in a…
byEditor 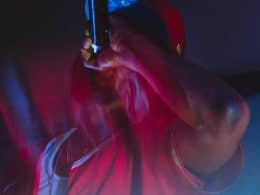 Tell us who you are and a bit about your background. I grew up in a small working-class…
byEditor 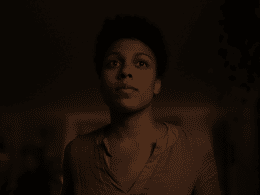 JORDAN BAYNE, an award-winning, internationally exhibited filmmaker and actor, is no stranger to working with A-list talent. Her…
byEditor